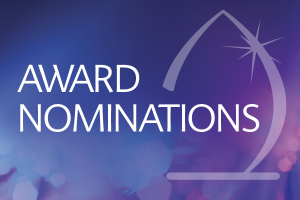 They are the clever colleagues, the solid supervisors, and the knowledgeable educators you admire. Smart, creative, positive and passionate about their work in healthcare and about the Licensed Practical Nurse profession. They deserve recognition.

Nominations are being accepted for Alberta’s annual LPN Awards of Excellence in nursing practice, leadership, education, and for supportive non-LPN professionals. (See below for the complete list.)

There is a $1000 cash gift for every LPN who wins. These exceptional individuals (and often their facility) are featured in CARE magazine, sharing their story with more 18,000 subscribers. Winners will be selected by the Fredrickson-McGregor Education Foundation for LPNs.

The nomination process is now faster and uncomplicated. Even the essay requirement has been dropped.

Just get two others to agree with you on a nominee and start the online nomination form.

In a few minutes, explain why they deserve an Award of Excellence and provide some compelling examples. That’s it!

For an outstanding Licensed Practical Nurse (nominated by their peers) who consistently demonstrates excellence in practice through exemplary nursing knowledge, skills, attitude and judgement; promoting an atmosphere of teamwork; pride in the profession; and mentoring team members.

For an outstanding Licensed Practical Nurse (nominated by their peers) who consistently demonstrates excellence in leadership through their professionalism, advocacy, communication, and passion for the profession.

For an outstanding Licensed Practical Nurse (nominated by their peers) who, as a Nursing Educator or a designated Preceptor in a clinical setting, consistently demonstrates excellence in the provision of nursing education in their workplace.

For a non-LPN health care leader (nominated by an LPN) who is instrumental in building quality practice environments.